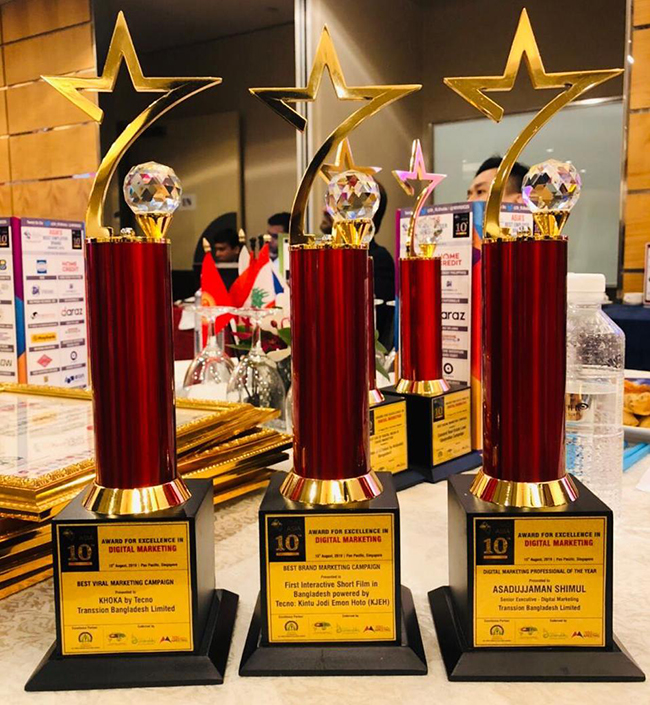 The Awards bring the best industry professionals who have made outstanding contributions to the Branding & Marketing fraternity and aim to reward the best in the industry and enhance reputations.

Kintu, Jodi Emon Hoto? - the first interactive short film in Bangladesh was an initiative by TECNO to bring something innovative for Valentine’s Day 2019. The story was about a long-distance relationship that highly resonated with the youth of today’s generation. What was new and different about KJEH was that viewers could change the storyline from multiple options presented throughout the film enabling the viewers a uniquely engaging experience. The film was produced by How’s That? Production and directed by Emran Emon, starring Nusrat Imroze Tisha and Yash Rohan as the main characters. Similarly, ‘Khoka’, was yet another unique approach by TECNO to attract the local youth. This music video was directed by Nuhash Humayun, featuring Safa Kabir, Ferdous Wahid, along with Pritom Hasan the composer and vocalist playing the lead role. The plot of the song and video portrays a love story in an unconventional way which highly appealed to the youth. As a result, the video crossed 5 million views within a short span of time and reached over 7 million views within 5 months. The song became massively popular among the audience. 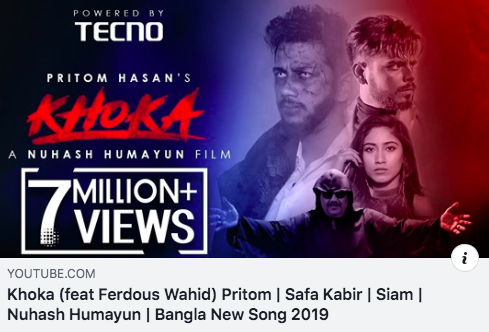 Established in 2006 with a presence in more than 60 countries, TECNO Mobile has a comprehensive mobile device portfolio across feature phones, smartphones, and tablets. As a brand, TECNO is oriented towards offering innovative experience both through its products and its communications.

TECNO has always believed in delivering unique content for its audience and providing them with a distinctive experience. Achieving not just one but two prominent awards at the CMO Asia Awards for digital marketing further reinforces this and we certainly hope that TECNO will continue to bring such ground-breaking content and be an exemplary entity in the digital landscape.